Meanwhile, North Bay Congress Members Jared Huffman and Mike Thompson sent a federal supervisor a strongly worded letter yesterday insisting that  Medicare to speed up its processing of payments for the new hospital. Although the hospital has already saved lives and helped 3,000 patients, and although its average daily census is now running 50% ahead of Palm Drive Hospital’s during the year before it closed, a cash flow crisis caused by the need to finance three months of full operations with virtually no payments looms as early as the February 4 payroll next week.

In response, the Friends group is calling on hospital supporters to speak up at next week’s monthly District Board meeting at 5:30 p.m. on Monday, February 1,  at the Hospital. Board Chair Jim Maresca has placed the funding crisis on the agenda. In a phone interview with The Sonoma Independent on January 26, he said, “If there is any legally possible way to not miss a payroll, and I believe there are multiple ways, I am committed to not miss a payroll.”

The Friends of Sonoma West Medical Center have launched a petition calling for immediate action. It can be signed to the right of this page and read in full by linking here. The petition urges “the Palm Drive Health Care District Board to take immediate action to secure bridge financing in the form of a loan from the District and an advance from the Sonoma County Assessor’s Office to ensure that the hospital and its life saving emergency room can meet its payroll in February and March while waiting for reimbursement from Medicare, Medi-Cal and private insurance companies.”

In its background description, the petition explains:

“The good news for the people of West Sonoma County is that our new community hospital is flourishing. In just three short months since reopening, business has surpassed expectations. The in-patient daily census at Sonoma West Medical Center (SWMC), which averages nearly 14 people a day, continues to rise, and is already 50% higher than Palm Drive Hospital was during the year before it closed. The no-wait emergency room is saving lives, with about 20 patients every day. More than 100 lab tests are being run daily, and surgeries have commenced. Locals say they feel safer and are relieved that they no longer have to face long hours of waiting in Santa Rosa hospitals. The humane, personal care that made Palm Drive the safest hospital in the entire State of California is back, and patients have never been happier.

“Unfortunately, millions of dollars of Medicare, Medi-Cal and private insurance reimbursements are facing long bureaucratic delays. The impact of this delayed reimbursement means that SWMC’s philanthropic reserves have been used up. Once reimbursement arrives, our hospital will be making the money it needs to be self-sustaining. But until then, SWMC will require bridge financing.

“To provide bridge financing during this critical time, we urge the District Board to advance our hospital $700,000 from its ample cash account, and to immediately request that the Board of Supervisors provide an emergency advance of one million dollars against this year’s tax revenue from the County Assessor’s office. After all, the tax Measure passed by 70% of voters in 2004 stated that the purpose of our parcel tax is “to ensure survival of Palm Drive Hospital and access to local emergency, acute care, medical and physician services, and provide for ongoing expenses, repair and improvements to equipment and technology.”

“Such County Assessor advances are frequently granted to help other County agencies and special districts overcome cash flow challenges. Less than two years ago, Sonoma County’s Board of Supervisors provided an emergency loan of $1.8 million to finance the closure of Palm Drive Hospital.

During this critical period, the people of West Sonoma County have a more urgent need: bridge financing to ensure that our life-saving hospital stays open until the money it has earned comes in.” 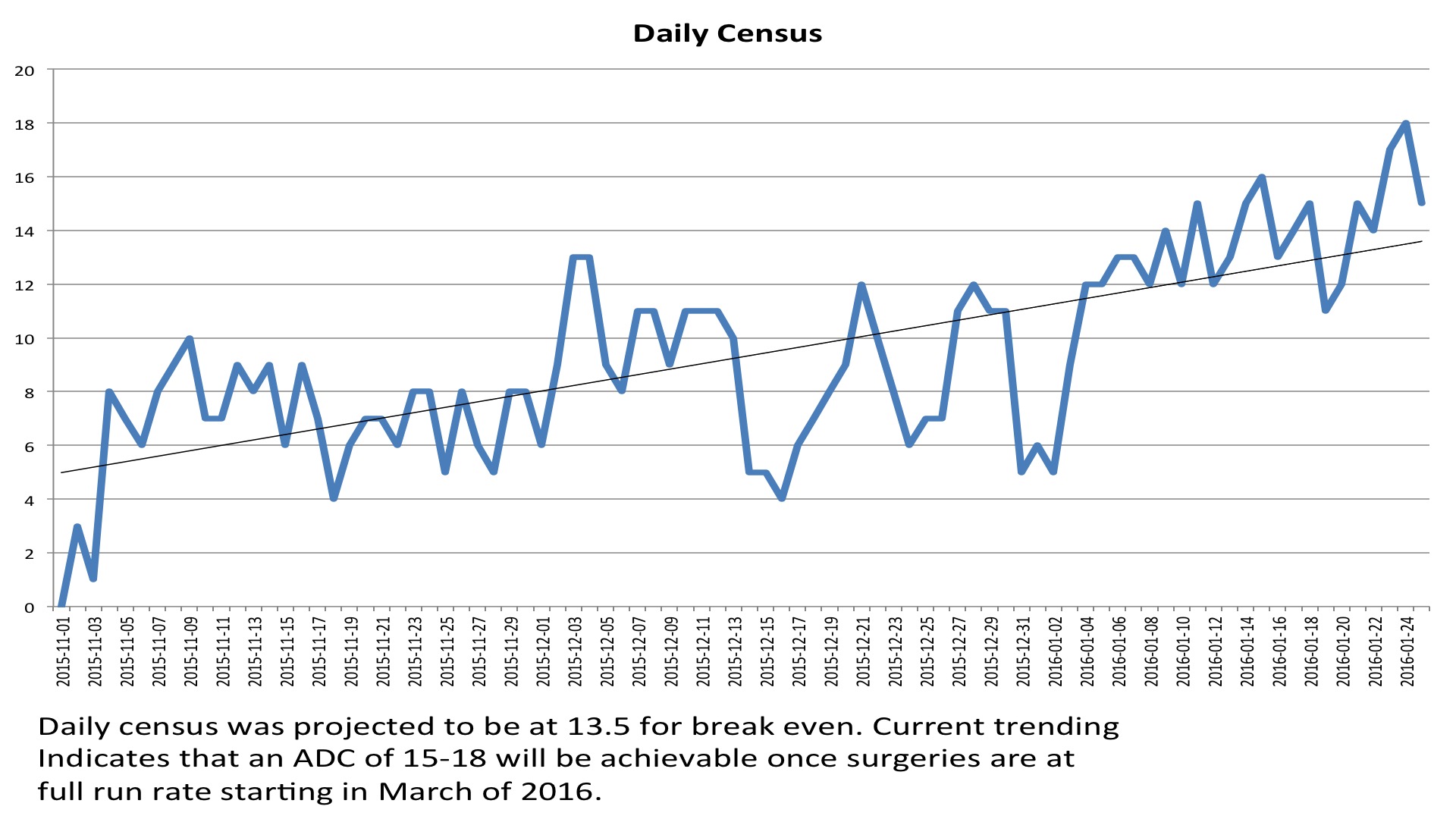 The Medicare payments are being held up by a bureaucracy that can take 45 days AFTER certification to issue a simple Medicare number, and an additional 21 days to start paying bills for services the hospital provided—and laid out millions of dollars out to pay for– months earlier.

Last week, the Friends of SWMC group initiated their first letter writing campaign, to join hospital advocates in urging the federal Medicare administrator to work more expeditiously because of the urgent need for the hospital to receive reimbursement so that it can continue paying its bills.

Copies were sent to local Congress Member Jared Huffman’s office. Huffman, along with North Bay Congress Member Mike Thompson, yesterday sent a strongly worded letter to Melissa Stafford Jones, Regional Director of the U.S. Department of Health and Human Services (which oversees Medicare). The letter  (in full here at Huffman letter to Medicare), noted, “For your background, the 2014 closure of the hospital and the significant reduction in beds at the Sutter Hospital in Santa Rosa which followed created a serious shortage of acute care beds and emergency services for many residents in Sonoma County. In response, the community engaged in extraordinary efforts to reopen the hospital, which occurred at the end of October 2015. By December, the hospital was accredited, and by mid-January, over 3,000 patients were receiving services from the hospital.”

The letter to the federal Health and Human Services director from Congress Members Huffman and Thompson did not mince words,   “The delay in payments from Medicare to the hospital, however, is putting the success of this valuable community endeavor at risk.”

Meanwhile, the new Friends group will be applying pressure on the Board to act decisively on Monday. “The primary purpose of the District Board is to help our local hospital survive and thrive,” observes Gail Raborn, co-coordinator, with Paul-Andre Schabracq, of the Friends of Sonoma West Medical Center. “Measure W, which created the parcel tax, was approved by 70% of the voters, ‘To ensure survival of Palm Drive Hospital and access to local emergency, acute care, medical and physician services and provide for ongoing expenses, repair and improvements to equipment and technology.’ It’s the job of our District Board to stand behind SWMC right now and immediately approve the bridge financing so essential at this time.”

Posted by Jonathan Greenberg - November 12, 2016 0
67 Shares Facebook 67 Twitter 0 LinkedIn 0 Email 0 During these bewildering post-election days, a number of friends have…