On Tuesday, January 25, the Board of Supervisors will be meeting to set their legislative agenda, in advance, for the entire year.  Last year, Supervisors did not have a single discussion about how they might ease Permit Sonoma’s draconian enforcement policies, which, during a desperate housing crisis, have caused the eviction of about 200 low income residents (as detailed here), many of them senior citizens, from safe, affordable RV’s and tiny homes.

Supervisors just released documents for their planned agenda setting meeting January 25, item #35 here. Although our supervisors plan three meetings in the coming year to discuss and vote on the controversial $1 billion new home for county offices in downtown Santa Rosa, they have refused to place on their 2022 agenda a single discussion, much less a vote, on an urgently needed new ordinance that would allow more than 200 people to remain in their safe, affordable alternative homes, who will otherwise be evicted by Permit Sonoma orders during the coming year.

Nearly 3,000 people have now signed the Sonoma Independent’s petition (if you haven’t please add your name here) to join an all-volunteer grassroots campaign to stop Permit Sonoma’s evictions of people living safely in trailers, tiny homes, and other simple and affordable housing.

This has now become the largest, and most potentially impactful grassroots effort for affordable housing in Sonoma County history.

Despite this, the Board currently plans to continue their choice of approving of the current eviction war on the poor, being waged with our tax dollars against our neighbors who live peacefully and safely in thousands of unpermitted homes.

Since we first started this petition, another 76 violations have been issued that will likely result in evictions. This is a higher monthly rate than the previous year.

Next month, Copperwoman Saso, one of our campaign’s founders, whose video here has been seen by 50,000 people in Sonoma County, will be forced to move from the beautiful property where she was living. An attempt by her property owner friend to appeal the case resulted in escalated threats by Permit Sonoma of $13,000 in fines.

Just last week, Jayne, a 71 year old retiree who has been living safely on her own brother’s one acre property near Rohnert Park, was forced to vacate her newly built tiny home. Like with Saso, there was no way for Jayne to legalize her composting toilet and kitchen greywater, so she has joined the ranks of many couch-surfing Sonoma County seniors. If she becomes homeless, it will cost country taxpayers hundreds of thousands of dollars to acquire a place for her, along with subsidies that typically amount to $25,000 per year.

Lynda Hopkins, the only Supervisor to champion the rights of thousands of people to live in the relative safety of affordable alternative housing, believes that the easiest way for the Board to address our government eviction crisis is to apply a short term solution that County government created a few years ago that allowed residents rebuilding their homes from fires to live in RV’s without permits.

This post-fire disaster urgency ordinance could easily be used as a legally efficient model to protect unpermitted people living in equally safe RV’s, tiny homes and converted dwellings. The Sonoma Independent has presented a draft of such a housing emergency ordinance that can be read here.

This would be a near term fix for antiquated housing code and septic issues that will likely take years to modernize. Legalizing composting toilets (which are permitted in eight other states) and kitchen greywater systems are ecologically beneficial and save tremendous amounts of water, as the Sonoma Independent reported here.

But doing so will require the coordination of multiple county agencies. During this time, unless our county supervisors choose to place an urgency protection ordinance on the agenda and vote for it, hundreds more people will lose their homes.

We are asking all Sonoma County residents willing to help to please call your county supervisor at (707) 565-2241 and urge them to vote on January 25 to place an urgency ordinance protecting unpermitted people from eviction on the agenda for early February.

Do you live in Supervisor James Gore or Chis Coursey’s District?

We are looking for volunteers who live in the 3rd and 4th districts (Healdsburg/Windsor/Santa Rosa) to join in a zoom call to discuss their positions with Supervisors Gore and Coursey. You can find out which district you live in here. Please email us at campaigns@progressivesource.com if you are interested and we can help walk you through this.. 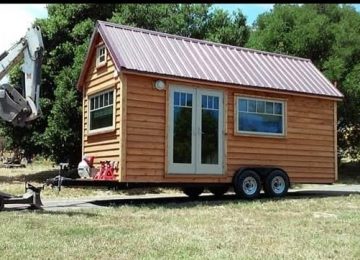