After months of pushing the project forward with little input from the public, the plan to build a sixteen-story tower at the former Sears site fell apart under public pressure. Many residents were unaware that the county planned to move from their current campus and spend as much as $1.65 billion on a new administrative center. In February the Supervisors first put off voting to purchase the Sears property, then when they met again in early March, Supervisors Hopkins and Rabbitt said that they would not support the move, effectively killing the plan.

The Sonoma Independent published a story drawing attention to the project’s huge cost and the greenwash tactics employed by some supporters. With a price tag between $1.2 and $1.65 billion dollars, the project would have been the largest project in North Bay history. Because it would have been funded by earmarking a significant portion of expected tax growth over the next 30 years, it risked constraining county services. In addition to the cost, the plan had numerous problems, including a massive parking deficit, and made various assumptions to make the project work on paper, such as expecting county workers to use public transit and SMART.

If readers only followed coverage in the Press Democrat, they likely would have thought the project was a done deal. “Sonoma County supervisors select Sears site for future county offices” was the headline ran by the Press Democrat in July. The PD continued to run stories suggesting that the Sears move would happen, culminating with an opinion piece from their editorial board backing the project. In that piece they repeated untested claims that the project somehow would be an environmental boon.

If not for grassroots public outcry on social media and the Sonoma Independent, the Supervisors would have voted to purchase the Sears property and citizens of Sonoma County would be stuck paying $30-$50 million per year on the mortgage of an office tower they didn’t want.

In February, Supervisor Lynda Hopkins made a post on her facebook page soliciting community feedback on what people thought about moving the county campus to Sears. The result was overwhelming, the post received more than 200 comments and almost all of them were against the project. Many were clearly unaware that it was about to go forward. Supervisor David Rabbitt made a similar post on his facebook page with commenters expressing the same sentiments.

As far as the Sonoma Independent is aware, Hopkins and Rabbitt are the only two supervisors who polled their constituents on the issue. They are also the two who prevented the project from moving forward. Supervisors Coursey, Gore, and Gorin were firmly behind the plan and ready to vote to purchase the Sears property on February 8th. But their support wavered in light of questions that Supervisors Rabbitt and Hopkins raised about how the county would pay the enormous debt the project would incur. Without their vote for a down payment on the site on February 8, the decision was pushed to March 1.

At that follow up meeting, Hopkins, the most politically independent member of the Board of Supervisors, had heard from more constituents, and had honed her criticism of the project to become an eloquent boondoggle whistleblower. “I’ve only been in politics for five years,” she said. “But I’ve never come to a vote where I’ve seen such a huge disparity between the opinions of the political bubble and everyday residents.”

“When I go out and talk to folks,” Hopkins explained at the March 1 meeting, “I haven’t found a single west county resident that supports us acquiring the Sears site and moving downtown. That’s the reality. And I have been lobbied very hard, by mostly well-off white guys, who have called me and texted me in support of that move.”

Hopkins’ widely read Facebook forum, in which hundreds expressed opposition to the Sears move, included well-informed challenges to the greenwash claims underlying that the move would reduce carbon emissions.  Common sense would indicate that the Sears site is likely to be the least environmentally friendly option. That’s because embodied carbon, the upfront carbon costs of construction materials and processes, account for more than 10% of global carbon output. Renovating an existing structure typically has a much lower carbon footprint than building a new one. A building’s foundation and structure are the most carbon intensive parts of a building and reusing them by building on existing foundations, or making use of existing structural components, can drastically lower embodied carbon costs.

The Sonoma Independent’s expose on the project helped galvanize public opinion on the Sears move. We promoted our story to 7,000 Sonoma County residents through geographically targeted Facebook ads. It received 165 comments on Facebook, 98% of them expressing opposition to the project. A number of readers told us that the only reason they knew about the project was through our story.

Attorney Stephen Hahn, whose office is in downtown Santa Rosa, summed up the prevailing public sentiment when he wrote, “It will make congestion and parking a nightmare. Keep the current location.  If it’s such a good idea why not put it on the ballot and let the citizens decide if this is what we want.”

At the March 1 meeting, Supervisor Chris Coursey, a former Press Democrat columnist who had long championed the Sears site, doubled down on his outspoken support for the unpopular project. “This is about doing the right thing for our community, for our organization, for our future,” Coursey said. “If we scrap this right now it’s a shame and an embarrassment for this board and still we will have a need to build a new administration center.”

Without independent media coverage and public outcry, this project almost certainly would have gone forward. The Press Democrat, the media powerhouse of the North Bay, whose lead investor is Darius Anderson (owner of Kenwood Investments, one of the region’s largest real estate developers), acted as a cheerleader for the project more than an objective news source.

The journey this project took also shows the need for government representatives to communicate with and solicit feedback from the public.

It is telling that Lynda Hopkins and David Rabbitt, the two supervisors who ended up stopping the project were the only ones who reached out to their constituents in a public forum. And promising news that people powered social media overcame the historically unbeatable political power of corporate, oligarch-owned for profit media.

Perhaps the biggest lesson from this project is that the flow of information from the county government to the public, and from the public to the Supervisors needs a lot of improvement. If the public had been brought into the decision making process earlier, the Sears location would not have been selected. The Supervisors could then have spent the last nine months looking at more realistic options for repairing and replacing buildings in the existing county administrative center rather than wasting staff hours and consultant fees on a project that was unable to survive the sunlight of transparency. 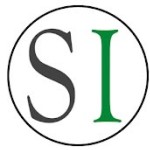