For the first time since this issue has come before the Board, county staff have provided supervisors with meaningful options to stop county code enforcement from evicting low income people, many of them seniors, from the only homes they can afford.

Included in these options is an emergency ordinance similar to one that allows fire victims to legally live in trailers and RV’s. If approved, this would allow people living in alternative housing to stay in their homes as long as there is a housing crisis in the county.

If passed, this ordinance could save nearly 200 homes per year from eviction, provide a sense of security to the thousands of people living in un-permittable but safe homes, and give the county time to update the building code on a permanent basis. If supervisors choose to continue a policy that results in twice as many people being made homeless as the county spends $20 million annually to acquire housing for, then they are likely to face a federal right to housing lawsuit that could cost the county millions of dollars to defend.

In order for this urgency ordinance to be passed by a majority of the board, a major expression of support for our neighbors living in alternative housing will be needed during the Board meeting on April 5th.

An email to your supervisor is helpful (see below), but even more helpful would be joining others to speak for one minute over zoom during public testimony, which will take lace between 11 am and 2 pm on Tuesday, April 5.

Click here to follow and  join the Board of Supervisors Zoom meeting on April 5. If you would like a list of talking points provided to you before the meeting and an email update when public comment begins, please email us at campaigns@progressivesource.com

Alternative housing is #49 on the agenda and will be heard sometime between the late morning and afternoon.  Click here for meeting information and here to read the staff reports.

Five months ago, the Sonoma Independent, working with local housing activists and residents facing Permit Sonoma evictions, organized the Campaign to Stop All Government Evictions from Safe, Affordable Alternative Homes (“SAGE”).  Since then we have published more than a half dozen commentaries about code enforcement and housing (listed on the right of this page) and lobbied supervisors to  pass a moratorium or emergency ordinance. Our petition asking the county to stop Permit Sonoma from forcing people from their safe, alternative housing has been signed by more than 3,100 people.

The Sonoma Independent drafted and proposed what such an urgency ordinance could look like here. In addition to the potential emergency ordinance, the Board also created an ad hoc committee with supervisors Hopkins and Rabbitt to look at legalizing waterless toilets, another important issue related to alternative housing. Between the urgency ordinance and legalizing waterless toilets, there is a historic opportunity to protect and legalize alternative housing, which is some of the most affordable housing in the county.

Lynda Hopkins, the 5th district’s supervisor, first suggested an urgency ordinance modeled on the Kinkaid fire ordinance as a way to stop the evictions now, without going through the years-long process to update the housing code.

Hopkins has been the only supervisor to champion the housing rights of residents living in alternative housing. “Our office has been working on half a dozen cases where we’re trying to keep people in their homes, where we don’t want to Permit Sonoma to kick them out,” she told a meeting of housing activists a few months ago. “I am all in on this. I have been dealing with this ever since I took office. It just breaks your heart: really, are you kidding me? We’re shutting someone out of a perfectly habitable dwelling because some zoning code prohibits it and some new neighbor has complained and suddenly they’re going to be homeless when in some cases they have lived there for 20 or 30 years.”

Permit Sonoma’s hypocritical policies have made our own government a leading cause of evictions in the North Bay, forcing an estimated 1,500 residents into homelessness during the past decade.

Jayne Torres is one of those people. A 71 year old partially disabled grandmother with an income of $19,000 a year, Torres moved into a beautiful tiny home on her own brother’s one acre property near Rohnert Park after her mother died last year. The home presented the only safe housing she could afford in California.

Permit Sonoma thought differently. As it does in 98% of the agency’s inspections of tiny homes and trailers, the agency ordered her brother to get a permit or evict his elder sister. Virtually every reported alternative home is un-permittable because Permit Sonoma claims that the absence of a permit is evidence of unsafe conditions, even though the evictions they demand often result in the far less safe condition of homelessness.

Torres has become a couch-surfing grandma. “I paid a small rent I could afford to my own brother and lived happily. Now Sonoma County could be required to spend hundreds of thousands of dollars finding and subsidizing a new home, if I manage to live long enough to get through the waiting list to receive it.”

Copperwoman Saso (our two minute video viewed by 50,000 county residents here), a 70-year old tiny home grandmother is another individual who lost her home to Permit Sonoma’s policies. Copper was living on the property of her close friend who was ordered to evict her because she has a composting toilet in the beautiful tiny home that she owns. Before being forced to move she paid $625 a month for land rent, water, and electricity. Her property owner friend tried to resist the order until she was threatened with more than $10,000 in fines and was forced to agree to evict Saso in the middle of winter.

At this moment thousands of Sonoma County’s poorest residents, many of them farm and service industry workers, Latinix, young people and seniors, live in safe, affordable tiny homes and trailers similar to Torres. They live with daily housing anxiety that a single call to Permit Sonoma will result in their 30-day, un-opposable eviction order. There is zero evidence of fires, sewage contamination, or e. Coli outbreaks from these thousands of unpermitted units. Arguments Permit Sonoma has made to us that they need to evict people from the relative safety of their trailers or tiny homes for their own “health and safety,” despite the reality that homelessness is extremely unsafe and sometimes deadly, are as hypocritical as they are deceptive.

If the Sonoma County Board of Supervisors does not take action to curtail Permit Sonoma’s inhumane enforcement actions, the Sonoma Independent, the Campaign to Stop All Government Evictions from Alternative Housing (SAGE), other local housing activists and national legal advocacy groups specializing in housing rights plan to collaborate on a major class action lawsuit against Permit Sonoma that could cost the county millions to defend and result in a landmark decision protecting people living in modest unpermitted homes.

Jonathan Greenberg, editor of the Sonoma Independent, said,  “Unless supervisors pass a moratorium on Permit Sonoma’s shameful eviction war, our campaign will have no recourse but to seek injunctive relief from a federal court to protect the human rights of the hundreds of people who will suffer immediate and irreparable harm from being made homeless during the coming year because of a code enforcement policy that our legislators now know is dysfunctional and inhumane.”

Greenberg points out that the federal Ninth Circuit Court of Appeals landmark ruling in the Martin v. Boise case, which applies to all western states including California and was accepted by the Supreme Court, held that homeless people have a right to sleep in public spaces unless local government can provide them with a safe housing alternative. Martin vs. Boise held that “the Eighth Amendment preclude[s] the enforcement of a statute prohibiting sleeping outside against homeless individuals with no access to alternative shelter.”

The Eighth Amendment protects people against cruel and unusual punishment. Greenberg believes that the same reasoning could be found by a federal court to extend to people living in trailers and tiny homes being evicted by Permit Sonoma and made homeless, without offering them anywhere to place their tiny homes and trailers.

“I believe that a federal court is likely to expand this right by granting immediate injunctive relief to stop the irreparable harm caused by Permit Sonoma vacate orders that result in the 30-day eviction of low income people from RV’s and tiny homes that lack permits, while never once offering them a comparable place to move their modest homes,” Greenberg said.

It is crucial that as many people as possible contact the Supervisor’s before or during the April 5th meeting. We urge Sonoma County residents to please call your county supervisor at (707) 565-2241 and urge them to vote for a far reaching urgency ordinance to protect thousands of our unpermitted neighbors. 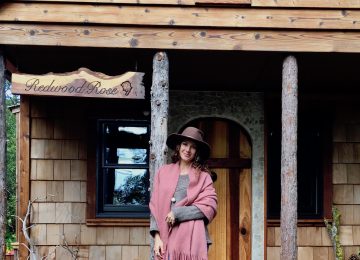 Posted by Rosalyn Fay - November 4, 2021 0
990 Shares Facebook 990 Twitter LinkedIn Email Four years ago, in the midst of a skyrocketing housing market, I decided… 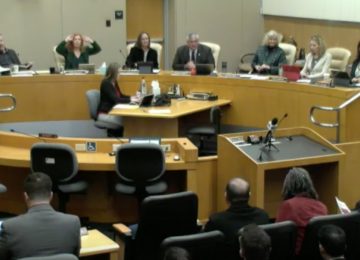 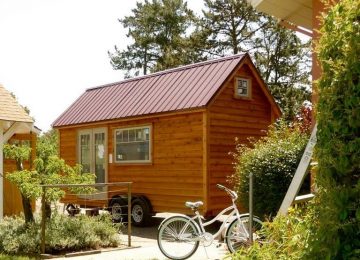 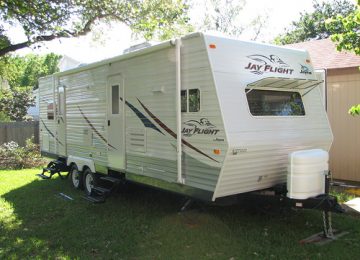