This month’s three to one (!) vote for Measure A to “Open Our Hospital” forever is the best news of a people-powered victory that we have had in our community since banning GMO farming two and a half years ago.

Despite a continuation of a shameful five year vendetta by Sonoma West Times & News publisher Rollie Atkinson, whose newspaper ran relentless headlines disparaging the hospital’s prospects and attacking those who sacrificed enormous time and money to preserve the 80 year old West County institution, and despite the absence of public support from a single local elected official,  5,520 out of 7,267 citizens who cast ballots voted for a sustainable long term solution for our hospital.

Although voters would have preferred to have an emergency room in West County, an urgent care facility that is open 7 days a week 9 to 9, at no costs to taxpayers, using the same emergency room-equipped hospital structure, in the same location that has housed a hospital for 80 years, is nothing less than a massive win both for We, the People, and for the Go Local movement!

An urgent care facility that requires no public subsidy is only one part of what our community gets.

West Sonoma County also gets a local center for out-patient surgeries, that can be done by local doctors.

We get a hospital that will allow us to retain local doctors and medical professionals who otherwise might be forced to relocate.

We get a state of the art imaging and lab testing facility so that we can Go Local for those services, and not have to drive to another city for them, which means a lot to seniors, and care givers, and even cyclists and walkers.

We get a modern, capable center that could both provide emergency health services and safe shelter in any state of emergency situation, such as an fire, flood, or earthquake (unlike Santa Rosa’s larger multi-floor hospitals, Sonoma Specialty is away from the fault line and all on a single level).

We get a long term 37-bed acute care modern well-managed hospital, likely to expand in size in the near future, in the most beautiful setting any patient could ask for.

We get for our community’s sustainable future more than 100 well-paying, health insurance providing jobs, a number that can potentially grow to double that amount.

Elections do indeed have consequences. And the consequences of this landslide victory for Measure A are worth celebrating! 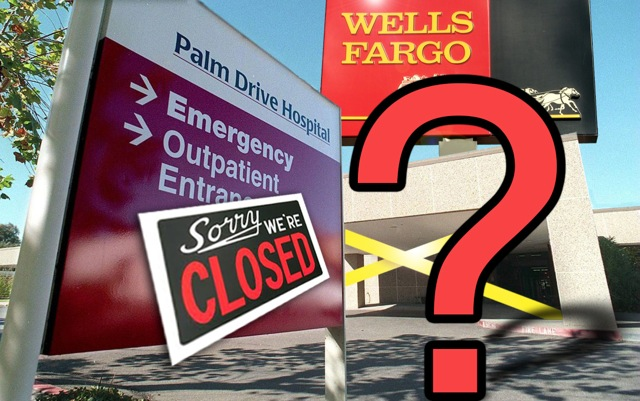 Posted by Jonathan Greenberg - April 14, 2015 0
0 Shares Facebook 0 Twitter LinkedIn Email (This article first appeared on May 20, 2015 in WaccoBB.net) It was nearly noon…