The promise of America has gone unfulfilled. Young people today have grown up in a country that lacks opportunity. Compared to past generations, we’ve worked harder for less. We’ve worked long hours for less pay, taken on crushing debt for an inflated college education, and seen housing prices skyrocket. We’ve had to hope that our age means we stay healthy, because if we get seriously ill, we’ll probably have to set up a GoFundMe. These things have been reality for most of us.

Bernie Sanders is the first candidate in our lifetimes to run for president, who not only promises to address these problems, but does so believably. He has a proven track record of sticking to his positions and isn’t afraid to say that his proposals will be impossible to pass without a movement behind him.

I was part of the Occupy movement of 2011. Going to a Sanders rally in 2015, it felt like he had taken his speech directly from our talking points. I have never felt so represented by anyone running for office and I know many of my peers feel the same way.

Sanders resonates with younger voters for very simple reasons. He doesn’t speak in platitudes. He has concrete, reasonable solutions to the structural problems that people deal with on a daily basis, and he’s not afraid to kill America’s sacred cows. Bernie is the only candidate to clearly state that capitalism is the problem and he is the only candidate who stands for Democratic Socialism as the necessary solution.

Older liberals like to talk a lot about wanting to follow young people. They often bemoan the fact that youth voter turnout is so low, or criticize us for being apathetic. They fail to realize that after a lifetime of lies and broken promises, neither party has made a believable case as to why we should vote. Young people who say that voting does nothing are speaking from experience. They are speaking to the Democratic and Republican parties’ failure to address the structural problems that make a difference in their day to day life.

Millennials own only 3% of America’s wealth. When Boomers were the same age, they controlled 21% of the country’s wealth.

There are many reasons for this stark, depressing statistic, but Sanders addresses the causes for wealth disparity at their root. Bernie’s plan to cancel student debt, cap student loan interest rates, and invest in HBCU’s and minority serving institutions is a good example of this.

Without student loan debt hanging over their head, college grads will be able to put their money back into the economy and invest in their own lives. The middle class can once again begin to build generational wealth by saving and purchasing property. The housing crisis affects not only young people, but millions of working and middle class Americans. Sanders plans to invest $2.5 trillion dollars to build ten million affordable homes, expand the fair housing act, and end homelessness in America.

Medicare for All is another example of how Sanders plans remove the obstacles that block Americans from living good lives. A recent Yale study published in the most prestigious medical journal in the world, the Lancet, provided numerous reasons to support the plan. The study found that not only would 68,000 lives be saved every year, but it would cost less than our current for-profit system. Overall $450 billion would be saved every year and individual Americans would pay far less than they do for current insurance.

There are no factual reasons not to support Medicare for All.

GoFundMe’s CEO just said that one third of all fundraisers on the site have been for medical needs. More than 8 million Americans have had to beg support from their neighbors and families to pay for health costs for their loved ones. This is barbaric, dehumanizing and tragic. America is the only wealthy, industrialized country without universal health coverage.

Then there is climate change, the expanding catastrophic crisis hanging over everyone’s head. In California we have seen more and more destructive fires every year. Climate change is already costing America billions of dollars. If major actions aren’t taken to address climate change soon, the problem will spiral out of control. We’re familiar with what scientists predict. Worldwide crop failures, temperatures so hot parts of the world will become uninhabitable, apocalyptic level weather events, and mass migration of millions of people, come to mind as some of the most troubling for human life. The Green New Deal is the absolute best plan for addressing climate change. The time for half measures on this issue has passed.

These are just some of Bernie’s plans. He has plans to address all the core issues that impact our day to day lives. With a mass movement behind him, these plans can make the difference for my generation and future ones. More than 100 million Americans, a disproportionate number of them young, decided not to vote during the last election. They believed, essentially, that there was nothing in it for them. Bernie changes that calculus.

Older liberals applaud when young people lead on issues like climate change and gun violence, but when it comes to selecting presidential candidates, that proclaimed willingness to follow too often disappears. Younger voters overwhelmingly supported Sanders in 2016 and that trend has continued into our current election year.

It’s time for boomers and the Greatest Generation to recognize that politics as usual is not addressing the needs of their children and grandchildren. It’s time for older voters to follow youth leadership by joining them in voting for Bernie Sanders.

Even if they have trouble accepting all of his policies, older voters should realize that they need younger voters to turn out in great numbers if the democratic nominee is going to beat Trump. Motivating students and young people was a key reason Obama won in 2008. Failing to do so was a key reason Clinton lost in 2016. Bringing out young people who don’t normally vote will be especially important in 2020, as demographic shifts leave middle aged and older voters with a smaller share of the electorate.

Recent polls have shown multiple democratic candidates beating Trump, but the path to victory in 2020 is still tenuous. The election hinges on Michigan, Pennsylvania, Wisconsin, and Florida, all of which Trump won in 2016. Luckily, he won many of those states by very small margins. Michigan, for instance, went to Trump by only 11,000 votes.

This is where Senator Sander’s strength in motivating young voters can really make the difference. In 2016 only 36% of Michigan’s 825,000 voters aged 18-24 participated in the election. In Florida, out of 1.5 million 18-24 year olds, only 33% voted. If youth participation in 2020 even comes close to the 50% seen in 2008, then defeating Trump looks much more feasible. This is why nominating a candidate that can turn out the youth vote is so imperative. Sanders, unquestionably, is that candidate.

Bernie is both the ethical and the pragmatic candidate.

To beat Trump, Democrats need an equally charismatic candidate, one that can fill stadiums and turn out young voters. Sanders is that candidate; more than 50,000 people attended his rallies over President’s Day weekend. From climate change to unambiguous Medicare for All, he is the candidate that will do the greatest good. He is also the candidate that will do the least harm worldwide, espousing the strongest anti-imperialist views of any of the 2020 candidates. He is the smart choice and the moral one. For once, we don’t face the dilemma of choosing between electability and virtue.

My generation is ready to lead. We’re ready to transform this country into something that resembles its great promise, but we need the help of our parents and grandparents, our teachers, and all the older people in our lives. We need them to stand at our side and trust that we know what is right for the world we will live in after they are gone. If you’re an older voter reading this, you probably have young people in your lives who support Senator Sanders. Please consider asking them why they support him and listening with an open mind. I think you’ll find that their reasons make a lot of sense. 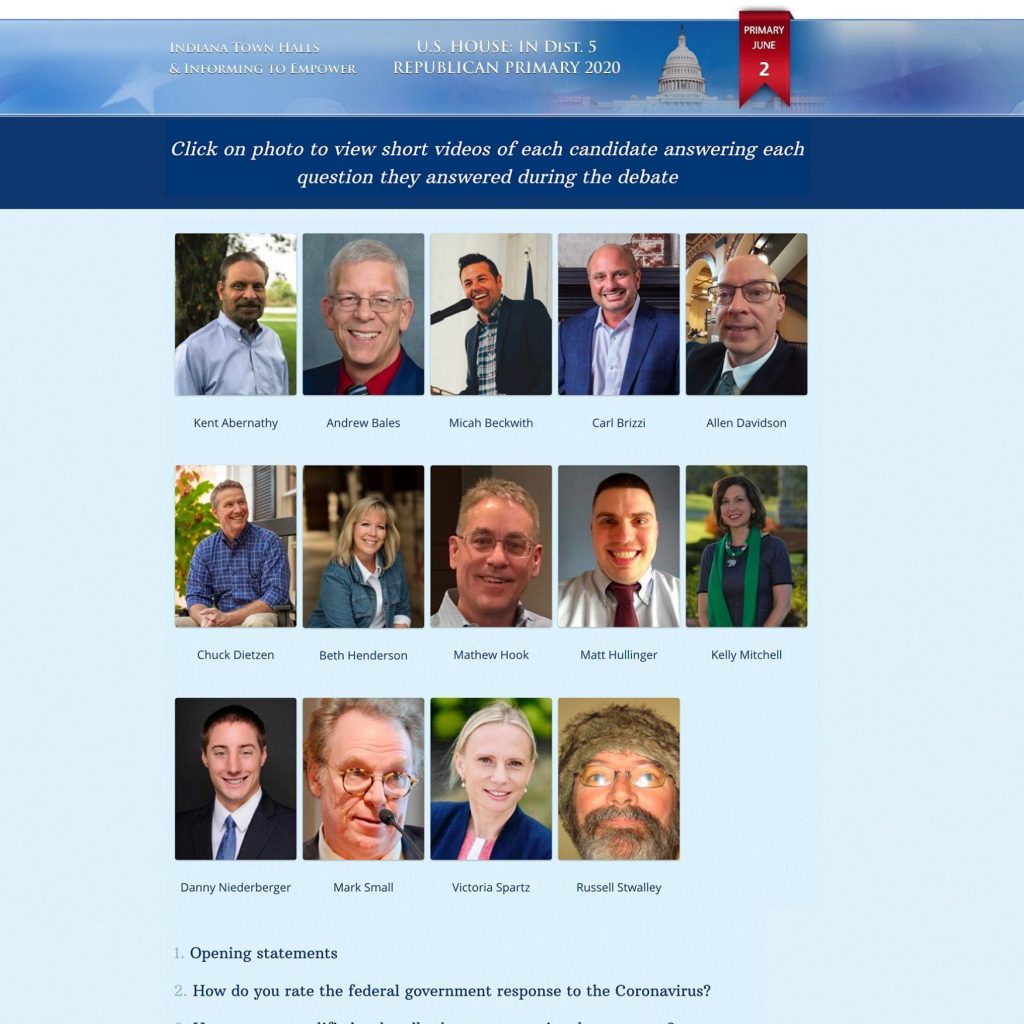 It’s Corporate Media, ‘Moderate’ Democrats, and the Oligarchy vs. Bernie Sanders and a Movement

Posted by Norman Solomon - December 23, 2019 0
5 Shares Facebook 5 Twitter LinkedIn Email For the United States, oligarchy is the elephant—and donkey—in the room. Only one…