By Progressive Sebastopol, a group of parents and citizens committed to the public interest and common good in Sonoma County.

The June 5 primary election for Sheriff has the potential to be the most impactful local election in our lifetime. At stake is whether or not voters elect John Mutz to change the “shoot first ask questions later” approach that has replaced our trust in local law enforcement with a fear of the warrior cop.

In our view, any of the three men running in the first contested Sonoma County Sheriff election in 28 years have the years of experience and the managerial capacity to run their department and protect us against criminals. Only one candidate, however, would protect us, our children, and our neighbors against police officers who shoot first and ask questions later. Only one candidate has the proven track record of reforming the culture of a major law enforcement agency to one centered on community trust, service, and safety.

Progressive Sebastopol enthusiastically endorses John Mutz for County Sheriff and urges everyone concerned with public safety to mail in their ballots or vote on June 5, and to share this endorsement with others in your family and community.

Through their public statements and appearances, candidates Mark Essick and Ernesto Olivares refuse to question or criticize the rushed decision by Deputy Erick Gelhaus to shoot and kill 13-year old Andy Lopez in Roseland five years ago with seven hollow point bullets, four of them into his back while he lay wounded. The boy’s crime was failing to “obey” the officer’s command, a command shouted at Andy’s back, to drop his toy gun in less than five seconds.

Neither Mark Essick, who has the support of our current County law enforcement establishment, nor Ernesto Olivares, have publicly criticized the post-Lopez shooting determination by then Sheriff Steve Freitas that “the actions of the involved deputies were within policy,” leaving voters like us to anticipate that they would, in the future, also justify “shoot first” actions.

What does it say to the taxpayers of Sonoma County that our elected Sheriff decided to promote Deputy Gelhaus to Sergeant, to give him a raise, and to keep him on the force (he now patrols West Sonoma County)? What does the very recent decision by Acting Sheriff Robert Giordano to reward Deputy Gelhaus with the plum gig of hosting the in-car camera crew of the TV show COPS, and the fact that of the three candidates, only Mutz has criticized this tone deaf decision, say about how they each candidate would run the Sheriff Department in the future?

What does it say about front runner candidate Ernesto Olivares who, far from speaking up for the rights of citizens in his own Mexican American community, told the Press Democrat that he had “no opinion on whether the shooting was justified and never reviewed the public reports on investigations,” saying, “it wasn’t for me to judge whether what happened was right or wrong?”

Parents of teenagers, including those of us who are part of Progressive Sebastopol, do our best to teach our children right and wrong by modelling what is right and wrong. We model that bad choices have consequences. And that We, the People, have power to elect representatives who are paid well to reflect and model our community’s values.

What does it say about candidates Olivares and Essick that they condone Sheriff Gelhaus’ bad choice to kill un unarmed 13 year old, and that they do not believe that there needs to be personnel, or even engagement protocol changes based upon that bad choice?

Should we not have police who can face danger without becoming the danger themselves?  Don’t citizens deserve officers with the capacity to observes and address a situation without easily jumping to the conclusion that deadly force is necessary?

What signal does this send to the 600 law enforcement personnel who report to the Sheriff, or the hundreds of city police officers, who face the choice every day whether to escalate or de-escalate violence in their interactions with citizens?

“I am here,” Mutz told members of Progressive Sebastopol, “to change the culture of the Sheriff department.”

Mutz said that the Lopez shooting, “remains unreconciled today. It will remain unreconciled until a new Sheriff comes in, owns the mistake, expresses condolences to Andy’s mother and family, and tells them what [the sheriff’s department] is doing to make it not happen again. We should alter the training and culture of county law enforcement out of respect for the entire community.”

John Mutz stands out among the candidates for the June 5 Sheriff race because he is the only one who believes that the Lopez killing and its justification and the elevation of Deputy Gelhaus, are symptoms of a deeply rooted “us against them” law enforcement culture that urgently needs fixing.

What about the fear, some will ask, about the fear that Deputy Erick Gelhaus had about being shot through his bulletproof vest and police car door by an AK-47?

Contrary to popular media mythology, reinforced by Terminator movies and TV series like 24, law enforcement is not under siege by armies of would-be cop killers. The little known truth is that in recent years, as the crime rate in the USA has dropped, there has been a historic DROP in the number of police officers shot and killed on duty, from 18 per 100,000 officers to about 5 per 100,000 officers (this is now the same as the homicide rate for the average American). In 2017, three times as many unarmed Americans were shot and killed by police (147) than the number of law enforcement officers shot and killed in the line of duty (46).   It is far more likely today that an unarmed American will be killed by a police officer than a police officer be killed in the line of duty.

These statistics in no way justifies the shooting of police, which is a terrible crime and merits severe punishment. But they do suggest that shooting a citizen because of irrational fear is a poor choice, representative not of reality, but of a hysteria that does not deserve to be condoned, or accepted by our community. Or by the Sheriff in charge of 600 County law enforcement officers.

“You have a sacred oath to serve people and you have got to uphold it,” Mutz says. “If we make mistakes we own them. If I am elected there will be changes in policy, training, follow-up and accountability. We are living in a place where we have a chance to create a model that is different. It all begins with the possibility of doing it differently.” 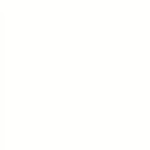