The ghost of Nikola Tesla tonight disclosed that Elon Musk has been stricken with the rare billionaire strain of Insurrectionitis, a disease that replaces rational thought with a deep hatred of women’s equality, the rights of Blacks to vote, and democracy, along with violence-inciting support for Trump and the fascist wing of the Republican Party.

This, Tesla disclosed during the podcast of a San Francisco seance, was the reason that Musk fired thousands of employees, including, as NBC reported “many people whose jobs were to keep Twitter from being overwhelmed by prohibited content such as hateful conduct and targeted harassment,” as well as misinformation, just days before the midterm election.

As satirically reported here in the Sonoma Independent, highly contagious political insurrectionitis was the mysterious infection which hospitalized Supreme Court Justice Clarence Thomas last spring. Thomas reportedly caught the fast-spreading OmniCoup variance from his wife Ginny, who has been known to be a super-spreader of the disease since Donald Trump’s first controversial, Putin-aided election in November 2016.

“On behalf of all true Americans, I am taking Twitter back from George Soros and his elite socialist internationalist media intellectuals and their dark-skinned co-conspirators. You know who I mean!”

A record 6 billion of Musk’s Twitter followers retweeted his words, shattering all records for the social media site.

“No, snowflake, they are not Russian bots,” Musk tweeted in response to a reporter questioning the number of new followers.

“Wealthy White Christian males are the most discriminated against group on earth. I bought Twitter so I would not need to leave this planet to find someone who likes me!”

Jonathan Greenberg is editor and owner of the award winning Sonoma Independent website, which serves the public interest with insight, solutions and advocacy. Jonathan is an investigative financial journalist with 40 years of experience with national publications, including Forbes, The Washington Post, The New York Times, New York, Town & Country. Mother Jones and The New Republic. During the past few years, Jonathan wrote four of the most widely-read exposes about Donald Trump’s career published in the Washington Post. Jonathan was the notorious Forbes 400 reporter who taped two long calls in 1984 in which Trump pretended to be John Barron. Jonathan’s Washington Post expose about this was the subject of monologues on Colbert, the Daily Show and Seth Meyers. Jonathan has appeared live on a dozen major news shows, including on CNN with Chris Cuomo, Erin Burnett and Don Lemon, on MSNBC with Ari Berber and Ali Velshi, and NPR's On the Media. A fuller bio and links to Jonathan's work can be found at JonathanGreenberg.com. Jonathan is a new media entrepreneur and was the founder of Gist.com, an acclaimed Web 1.0 company that won the first annual Webby Awards in 1997. In 2006, Jonathan founded Progressive Source Communications, the parent company of The Sonoma Independent. Progressive Source is a public interest communications company that creates multimedia websites, videos and digital advocacy campaigns that build public awareness of solutions that serve the common good.
Previous Post 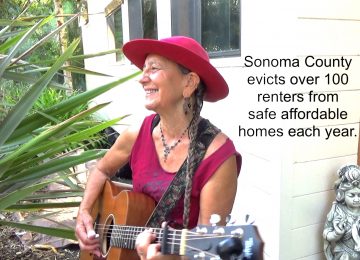 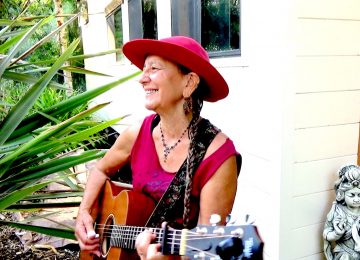